Sleek and stylish exterior coupled with a 4.0L Twin-Turbocharged V8 makes the McLaren 720 S a beautiful beast on the road. The aerodynamic body of the aggressive supercar can steal the spotlight any day and feast your eyes. Can the premium features of the powerful McLaren 720 S claim the crown of the best road-going supercar today? Let’s find out:

The British automotive manufacturer, McLaren, realized that any car that claims to be the supercar needs more than a revving engine and a collection of carbon fiber. So, they used that one thing that sets the McLaren 720 S apart: technology.

Originating from a project at Cambridge University, the dynamic vehicle system of the ultra-luxurious car keeps track of every moving part of the car and adjusts accordingly. This can provide the most comfortable, personalized, and enjoyable driving experience to McLaren 720 S drivers.

McLaren started making Formula 1 cars several years ago; hence, they’re adept at customizing supercars to give the driver the feel of a race car. With these intentions, the variable drift controller feature of the 720S is an innovative addition to allow the driver sideways control.

This means that even if you haven’t driven a supercar before, the “hero-drift” of the 720S will help you avoid the barrier on the track by sliding smoothly. Imagine what a perfect Instagram moment that’ll be. This is also what makes the 720S a favorable option; it makes driving supercars easy and comfortable. 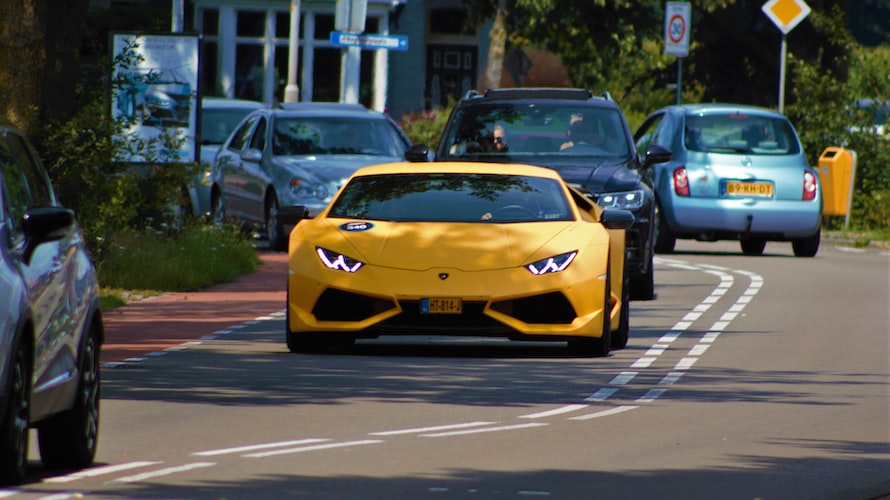 The 720S takes after its older siblings and offers a similar look. The luxurious ride’s organic body allows for very few sharp lines between the lights, body panels, and windows. They come together seamlessly to build the famous teardrop shape of the 750S.

The doors open upwards, providing an exotic and versatile look while the headlights are made of tiny LEDs lurking in the air intakes of the remarkable car body. With an impressive 710 horsepower, the 720S is one of the fastest supercars out there.

From the day it was released, the super innovative and smart design of the McLaren 720S has been winning hearts. It’s the perfect ride for a road trip to an exotic location in the mountains where you can look heroic while drifting through sharp cuts and corners.

But you don’t have to sell an organ to get your hands on the best road-going supercar. Just reach out to us at LA Exotic Rentals and rent our McLaren 720S at an unbelievable rate. We’re one of the most reliable luxury car rental services in Los Angeles.